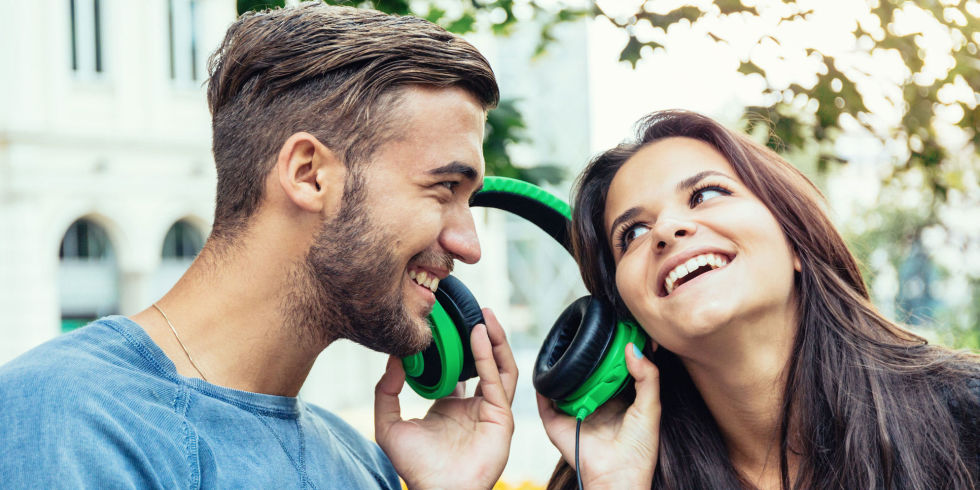 It is 2016, and there is no reason women should still have to wait around for cute men to approach them. Ladies, it is time to lean in to shamelessly hitting on men. No more wallflower syndrome. Be in charge of your romantic fate. Flirt with reckless abandon. Men have tried to ruin public flirtation with disgusting pickup calls and creepy staring, and it is time for women to make picking people up artful again.

To get you started, here are 11 genius tips that will totally (sometimes) work next time you want to see a cute boy on the bus who you want to ask out.

1. Slip him a business card, like the HBIC you are. Thanks to the Internet, the only reason I can see for even having business cards is so you have a cool, fun, flirty way to slip guys your phone number/Twitter handle/email address. Don’t have a job worth having a business card for? Who cares! Make something up! Or put like … Hannah Smothers, Tinder Consultant. Just anything. Hannah Smothers, Professional Woman might also work in a pinch. Call it a carte de visite and be classy as hell.

2. Cut him in line at Starbucks like an asshole but then pay for his latte like an angel. This way he knows you’re both assertive and rich. First he’ll be all like, “I cannot believe this woman just cut me in line, I’m going to be so late!” but then he’ll be like, “Wow she was actually doing a kind gesture, we should date and maybe get married.”

3. Ask him what book he’s reading and then say, “That one’s good, but her other work is much better,” no matter what book it is. This will 100 percent work unless the author is a one-hit wonder who only wrote one book, but honestly, the odds of that are slim. Falling in love takes risks! Anyway, he will be intrigued by how well-read you are and also feel slightly ashamed by already knowing less about things than you do. He’ll be dying to go out with you after this, if only to bask in your intellect.

4. “Trip” on the sidewalk and fall into him, so he notices you and you can get an idea about his biceps. It’s so cute to be clumsy, and if he didn’t notice you walking near him before, he definitely will when you’re literally falling into his body. Then you can say something cheesy like, “Haha, oh, it looks like I’m falling for you!” And the two of you will laugh, and then he will say, “Let’s get coffee,” and then you’ll be telling your children how you never would’ve met if you hadn’t fallen on the sidewalk that day ?.

5. Lean over, grab his arm, and whisper, “Don’t you just hate Mondays?” or some other thing that literally all people hate. Basically just make a statement that no one could possibly disagree with, and it’ll be like you already have so much in common.

6. Alternatively, lean over, grab his arm, and whisper, “Don’t you just think Monday is the best day of the week?” or some thing that most people would disagree with. A true test, because if he agrees with your controversial statement it either means (1) he’s trying to impress you or (2) he actually agrees, and maybe you two are a match made in heaven because who actually likes Mondays?

7. If you’re out at a bar, ask if he’s ever had a Brooklyn Bomber, or some other made-up drink name, and offer to buy him one but actually just buy a whiskey ginger or something. Basically make it sound like you’re in on the hip new drink choices that he isn’t cool enough to know about, then buy him something that all people love to drink, and he will think you’re a saint who’s just introduced him to a delicious new signature drink. This also creates great fodder for date no. 5, on which you actually admit that the drink he’s been enjoying is none other than a whiskey with some ginger ale. Oh, the laughs you’ll share!

8. Pull a Pam Beasley and ask, “Got any new music?” if he has headphones on. We all know how Pam’s flirtation with Jim ended. Do you want to wind up like Jim and Pam? Obviously. Yes. Steal her move and use it on the cute stranger you always see on your commute to work.

9. Tap him on the shoulder and be like, “Hey, do you go to the YMCA in [your neighborhood here]?” Now you can find out if he goes to the gym and can subtly let him know you have your own #FitnessGoals, as well. Guys love to talk about the gym. You’ll have so much to talk about, you know, burpees and whatnot, that he’ll forget how you even started talking in the first place.

10. Ask if he has any good recommendations for some super obscure type of food nearby, because you’re incredibly cultured but new to the area. He will be so happy getting to explain directions to you, and you’ll maybe get to bond over your mutual love for Indian-fusion food, which is just the hottest new dining trend, didn’t he know?

11. Literally just walk up to him and say, “Hello, how are you, you’re cute.” Do men ever get approached by women in public for flirting reasons? Do men realize when they’re being hit on? Make it so obvious. Just walk right up to him and admit to having a crush-at-first-sight. He’ll be so blown away by the sudden female attention, he’ll ask you to coffee before he’s even had time to process what just happened.